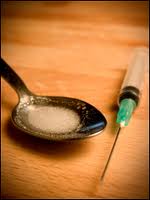 A primer by Evan Horowitz of The Globe on what he justifiably re-labels as the Heroin Overdose Crisis. The article highlights alarming trends in heroin overdose deaths over the past several years. The state recently confirmed that 1,008 died from an opioid overdose in Massachusetts last year with those numbers expected to be revised upward. That is about three deaths a day and far higher than deaths from automobiles or gun violence. Many of those who have died were homeless. How many died unnecessarily after being kicked-out or cut-off from programs resulting from the infamous Long Island Bridge closing is speculative, but ACT UP assumes that the sudden loss of a treatment beds for those struggling to stay clean led to further tragedies. Mayor Walsh and Governor Baker have been put on notice by us and other groups that this all has to end. We await the soon to be released recommendations from the Governor’s Opioid Working Group hoping they will be a step in the right direction.

In the meantime, The Boston Homeless Solidarity Committee is organizing a group summit of interested activist groups and other organizations to unite and pressure for further state action on the overdose crisis. If your group is interested in participating please get in touch with Gerry at 617-721-5347.

Globe’s Evan Horowitz: Is the opioid crisis is really about heroin?

Heroin claimed three lives last week in Lynn, the latest deaths in an opioid crisis that has been escalating across the state for years. In search of a more durable solution, Governor Charlie Baker appointed a high-level working group, which heard from experts on the front lines as well as parents still mourning the loss of their kids.

One challenge in this fight may be the word “opioid” itself. It can refer to very different kinds of drugs, including prescriptions pain killers like OxyContin but also heroin. And whereas prescription opioids have actually become less pervasive in recent years — across all ages and most parts of the country — heroin use has been growing.

State statistics tend to lump together these two kinds of opiates, but if the national trends can be trusted, the state’s opioid crisis may be better understood as a heroin crisis. And understanding that could change how we approach the problem and save lives.

How serious is the opioid crisis?

Opioid-related deaths in Massachusetts have risen substantially over time, and they jumped nearly 50 percent in 2013, from 668 to 978.

That means opiods now kill more people than car accidents or guns, and by quite a lot. At the same time, it’s worth remembering that alcohol contributes to even more deaths.

Back up — what’s an opioid again?

Opioids are among the oldest drugs, having been used for centuries to treat pain and produce states of euphoria. They come from poppy plants, but they can also be purified and synthesized in various ways. Familiar opioids include morphine, codeine, heroin, hydrocodone, oxycodone, fentanol, and others.

Is the crisis about opioids or heroin?

State-level data doesn’t distinguish between heroin and prescription pain meds, but the national picture is pretty clear. Prescription-type opioids do in fact kill more people, but their use seems to have plateaued. By contrast, heroin-related deaths have shot up since 2010.

Is it unique to Massachusetts?

It doesn’t seem to be. While the Centers for Disease Control doesn’t track heroin or opioid-related deaths across states, it does track total drug overdoses, and every nearby state has seen a large uptick.

Who is being affected?

Again, the state-level data are somewhat limited, but the nationwide heroin and opioid scourge is chiefly affecting working-age adults, including many women, and is especially pronounced among non-Hispanic whites.

Is this crisis driven by rising drug use?

Here in Massachusetts, drug use has actually been declining. In the decade between 2002-3 and 2012-13, hard drug use (that is, drugs other than marijuana) fell. Likewise, over that same time period, illegal use of prescription pain meds dropped substantially.

Still, these kinds of overall trends can hide a lot of important variations. Even if fewer people are using drugs, a shift from less-deadly types like ecstasy to more-deadly types like heroin could cause a major public health problem, including more overdoses and overdose deaths.

What is Massachusetts doing?

The state has been taking a multipronged approach. It supports treatment and reintegration programs, including some which involve suboxone and other milder drugs that have been shown to help addicted patients stabilize their lives so they can stay clean for the long-term.

To deal specifically with the issue of prescription pain meds, the state has also invested in a prescription monitoring program, which lets doctors keep an eye on patients who might be getting drugs from multiple sources.

The fact that the opioid crisis may increasingly be a heroin crisis might seem a reason to de-emphasize the prescription monitoring plan. But even if prescription drug abuse isn’t growing, it remains an enormous problem. Plus, for some people, prescription opioids can be a step on the path toward more serious drugs.

What else can be done?

Part of the charge of the governor’s new opioid working group is to search for the best, most effective approaches. And the fact that the group includes the attorney general and the head of the Department of Health and Human Services is a sign that its recommendations will be taken seriously.

One open question, however, is whether this is really the kind of issue the state can tackle on its own. Given that heroin use seems to be surging around the region and across the country, the most effective approaches may require cooperation across states, including efforts to monitor state borders for smuggling and also commitments to share information about effective treatments.